I had a chat with a reporter this week from Radio-Canada who wanted to know about homeless deaths in Toronto, specifically from freezing. She asked, “How many homeless people died in Toronto in 2012 and 2013? How many were from cold?”

Once again, I was amazed at how little information I could provide. Our systems for recording and monitoring the deaths of people who (as the Toronto Homeless Memorial says) “lived on the streets of Toronto and died as a direct result of homelessness” is beyond flawed. We know that people experiencing homelessness or extreme poverty die at increased rates compared to housed people and suffer from illnesses at a higher rate, experience different illnesses (such as TB) and die at a younger age. There is also an increased chance of death through violent means. 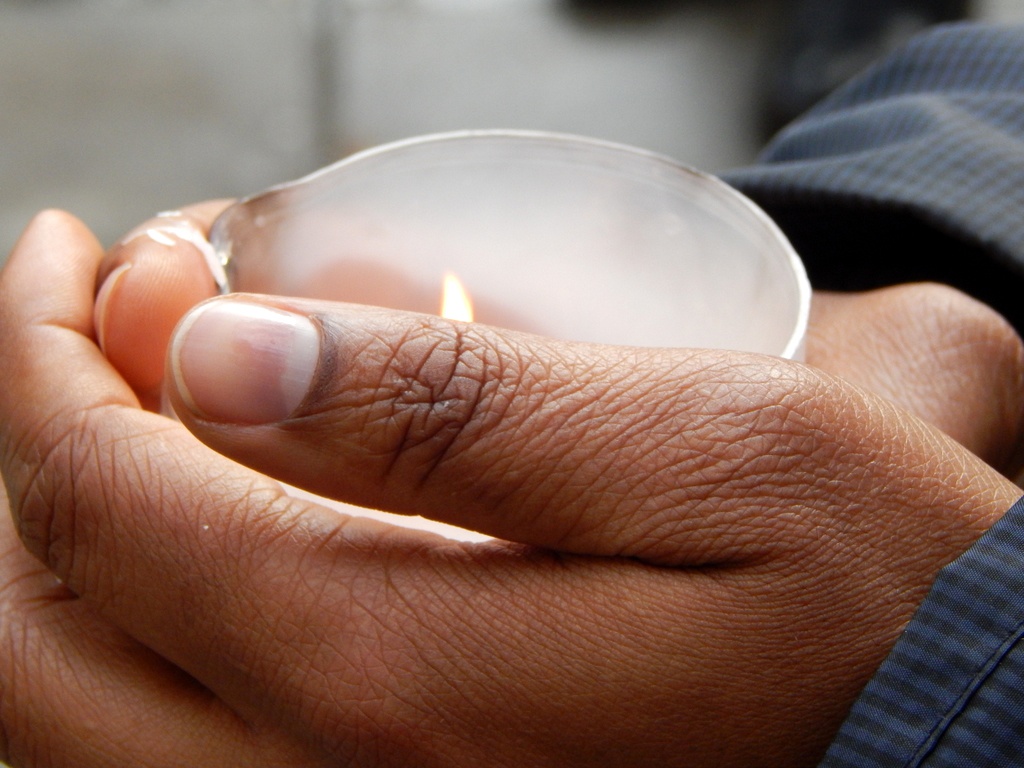 In August 2000 I started work at the Church of the Holy Trinity as a Social Justice Worker (best job in the world until I started at the Homeless Hub!). The first day the then-priest Rev. Sara Boyles came up to me and said, “We have a sign board outside. I want you to work with the Toronto Disaster Relief Committee and some volunteers and turn it into a Homeless Memorial.” So we did.

The Toronto Homeless Memorial launched on October 28th 2000, the anniversary of the day that the City of Toronto had declared homelessness a national disaster. We started having monthly memorials – second Tuesday of the month at noon – and then a few months later some members of the congregation started serving lunch. For over 13 years this has continued, month in, month out.

The criteria is simple: An individual must have been homeless at the time of death and died in Toronto (there is one exception to each of these).

We’re not the only city in Canada with a Homeless Memorial (it’s just the one I know best). There are also memorials (or memorial events) in London, Halifax and Edmonton.

In the United States there is even a National Homeless Memorial Day on Dec. 21st. (Let’s do this next year in Canada!!) This is what the National Coalition for the Homeless says about that event: “Each year since 1990, on or near the first day of winter and the longest night of the year, National Coalition for the Homeless (NCH), National Consumer Advisory Board (NCAB), and the National Health Care for the Homeless Council (NHCHC) has co-sponsored National Homeless Persons' Memorial Day to bring attention to the tragedy of homelessness and to remember our homeless friends who have paid the ultimate price for our nation's failure to end homelessness. In an effort to maximize the impact of the day, NCH, NCAB, and NHCHC have encouraged local and statewide organizations to hold memorials of their own.  Last year, more than 152 cities across the nation sponsored events to honor those who had died and to recommit to the task of ending homelessness.”

Perhaps, they are a bit luckier with their name collection. But here is what I had to tell the reporter about Toronto:

The Grid put together a great infographic on the Toronto Homeless Memorial last year. It really highlights the numbers.

Several years ago, an information graphic put together by Scott Sørli contrasted the decline in social assistance rates after the Common Sense Revolution (under Conservative Premier Mike Harris) with the increase in homeless deaths in Toronto.

I used to say that tracking homeless deaths was both the best and the worst part of my job. It saddened me to see how many people were dying needlessly. At the same time, I was happy knowing that someone would not be forgotten after their passing just because they were houseless.

The fact that we have a memorial that we know to be inaccurate (despite having over 730 names on it we know it represents less than half of the homeless deaths in the city) continues to sadden me. We can do better!