The Toronto’s Vital Signs® Report is compiled from current statistics and studies, identifying progress we should be proud of and challenges that need to be addressed. It is a consolidated snapshot of the trends and issues affecting the quality of life in our city and each of the interconnected issue areas is critical to the wellbeing of Toronto and its residents. Citations at the end of each issue area section, and live web links throughout, will take you directly to the sources used in this year’s Report.

The Report aims to inspire civic engagement and provide focus for public debate in our communities and around the world. It is used by residents, businesses, community organizations, universities and colleges, and government departments. In addition, the Report is a model now being used by cities around the world.

The Report is divided into 13 chapters for ease of reference. However, each issue area is intimately connected to all the others. Readers will discover many examples, such as socio-economic indicators in the Health section illustrating the connection between poverty and health inequities, and employment and income data in the chapter on Leadership, Civic Engagement and Belonging pointing to linkages between the security of one’s employment, their income, and their likelihood to vote. The following two chapters relate closely to the subject of homelessness:

Gap between Rich and Poor

Rising income inequality (rising twice as fast in Toronto than in the rest of the country) affects everyone. As median incomes and income mobility stagnate, poor health outcomes among those with low incomes lead to lost productivity and higher health care costs, and income polarization creates a widening achievement gap in city schools. The widening gap between rich and poor has an impact on the health of the economy.

The median family income of low-income families ($15,340 before taxes in 2014) doesn’t come close to supporting a household. The rising cost of nutritious food is out of reach of these households—2015 saw another increase in the monthly cost of a nutritious food basket for a family of four. Hunger continues its shift from the downtown to the inner suburbs, where visits to food banks have increased nearly 48% since 2008. With one in four children living in poverty, Toronto is the child poverty capital of Canada.

Safe and affordable housing is key to the health and wellbeing of Toronto residents. Households must spend 30% or less of their income on housing for it to be considered affordable. Expenditure of 50% or more greatly increases the risk of homelessness. The City is not living up to its commitment to build 1,000 new units of affordable housing annually between 2010 and 2020. After progress in 2011-12, fewer than 700 new units (rental and affordable ownership) were opened in 2013 and 2014, and in 2015 only 103 were opened. There are now close to 85,000 Toronto households on the wait list for social housing, and the number of members of families who used shelters every night was still above 1,000 in 2015 as it was 2014. 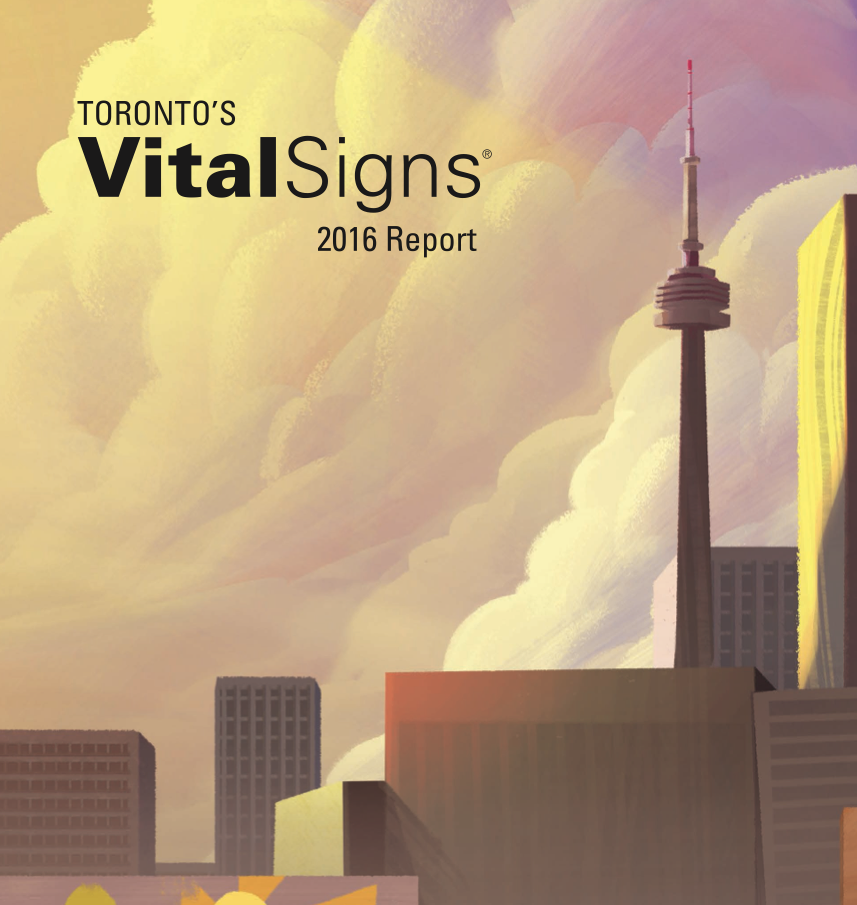 Download the full reportHousing Gap Between Rich and Poor